OlayinkaOyelamiVirtualLawPractice Blog: Business Registration and Online Presence Benefits...: Starting a business is always the fun part: Coming up with an idea, registration of business name,  building an online presence, and imagi...
Posted by Olayinka Oyelami at 4:37 AM No comments:

What are THE DIGITAL LITERATE LAW GRADUATES of NOUN looking for in NIGERIAN LAW SCHOOL that they've not already gotten from their learning at NOUN?.

Sometimes, i wonder what this generation of digital  compliant minds are looking for in Nigerian 12th century medieval modeled schools and Nigerian Law School for that matter in this 21st century tech age when your can access any information you need to advancement your life and humanity at the comfort of your home on your phone.

Why wasting valuable time and resources on obsolete and invalid schools that can not add value to your life? The legal service in this 21st century is in the world of internet-based global businesses, online document production, commoditized service, legal process outsourcing, and web based simulation practice.

The global legal markets has been liberalized with evolution of internet with new jobs for lawyers and new employers too...Why wasting time and resources for appearance in COURT where you can NEVER get JUSTICE. Read more...
Posted by Olayinka Oyelami at 4:39 AM No comments:

We need a restructured federation where the Igbo man or woman, and indeed, every Nigerian can live and ply his or her business without any form of discrimination, molestation, and destruction of his or her life and property on the flimsiest excuses. Read more...OlayinkaOyelamiPublishing Blog: Nigeria Need A Federal Structure That Promote Indu...: Senator Ike Ekweremadu's Honest Advice To The IGBOS On Legal And Other Issues Involved BIAFRA Agitation And Realization.   (THE FATHER&...
Posted by Olayinka Oyelami at 3:09 AM No comments:

Some Legal Practitioners and Law Students find it difficult to acclimatize their brains with the code of conducts for legal practitioners; Rules of Professional Conduct for Legal Practitioners 2007. This challenges faced by our aspirants to the bar, to whom knowledge of professional ethics is of paramount important in the Bar Finals’ examination calls for this highlights of the rules for easy grasp.
This highlights will cover the general responsibility of lawyers, role and duties of counsel to court, duty of counsel to other lawyers, duty of counsel to clients, improper attraction of business, remuneration and miscellaneous. 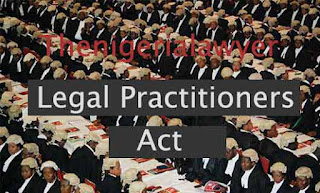 As a legal practitioner, you have a general responsibility not to engage in any conduct which is unbecoming of a lawyer,[1] not to admit unqualified persons into the profession,[2] nor aid the unauthorised practice of law.[3] Avoid intermediaries in your work[4] but you are free to partner with other legal practitioners.[5] If you are in judicial or public employment,[6] don’t engage in business[7] or any salaried employment.[8] Take note that; practicing fee is compulsory,[9] obtain your accredited seal and stamp,[10] attend Continuing Professional Development course,[11] you are entitle to practicing certificate[12] and notify NBA when you set-up a new office.[13]

As you relate with your client(s), you are to dedicate and devote to your client cause,[14] represent him within the bounds of law[15] and represent him competently.[16] Avoid conflict of interest[17] where there is agreement with you[18] or he entrust you with privilege information.[19] As a witness[20] do not withdraw from his employment[21] or call at his house.[22] In dealing with his property,[23] you have responsibility for litigation[24] and you must investigate facts and ensure proper production of witness.[25]
As you relate with other lawyers, keep fellowship and precedence,[26] your acts should be fair and in good faith,[27] you can associate with them in single matter,[28] and observe the rules when your client change or debrief you.[29]
As you relate with the court, being an officer[30] you have a duty of good conduct,[31] candid and fair dealing,[32] not to publicise trials.[33] Beware of your closeness to judges,[,[34] respect tribunals,[35] act with decorum,[36] do the necessary in the best interest of your client but don’t stand bail for them,[37] and exert your best effort while handling the brief of an indigent client.[38]
As a professional tycoon; don’t solicit but fairly advertise,[39] use note-papers, envelopes and visit cards,[40] signs and note;[41] books and articles[42] are also allowed. You can publish your new address,[43] your willingness to associate with other lawyers in your locality.[44] Be robe in superior courts,[45] you can handle some press, radio and television legal interviews,[46] but don’t instigate litigation.[47]
As a professional employee, you are entitle to remuneration,[48] you can accept general or special retainer,[49] arrange for contingent fee in civil matters,[50] but don’t agree to pay litigation expenses.[51] Your fee should be reasonable and commensurate,[52] avoid sharing your legal service fee,[53] and don’t accept gifts from your client’s opponents.[54]
The provisions of the rules are enforceable against any person bearing the second word[55] as defined in the interpretation rule,[56] see the citation.[57]
The above rules segmented and summarize will make one appreciate the rules of professional conduct at his fingertips. It’s the responsibility of lawyers or law students to appreciate the entire rules and applied them when the need arise.

Lawyers will rely more and more on computers to perform many tasks for them. They will not rely on computers simply to do their bookkeeping, filing or other clerical tasks. They will also use them in their research and in the analysis and prediction of judicial decisions.  For more information on Do-It-Yourself Legal products for consumers and small business owners. Click here for more legal resources
Posted by Olayinka Oyelami at 12:27 PM No comments: 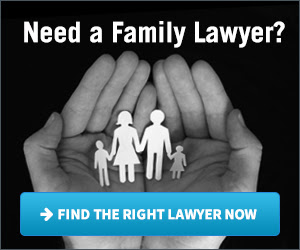